8 Quirky Habits Of Geniuses That Will Make You Smarter

There’s a fascinating link between geniuses and eccentric behavior.

Einstein picked cigarette butts off the street and used the tobacco for his pipe.  Benjamin Franklin sat naked in front of a window every morning and let the air circulate over his body. He called it an “air bath.”

Their eccentricity isn’t completely without explanation; there are mental benefits behind some of their madness.

Here are 8 quirky habits from geniuses that will make you smarter:

Emilie du Châtelet went unrecognized for her pioneering scientific work in the early 18th century but was notorious for her active sex life. The latter may have been responsible for the former; researchers at Konkuk University in Seoul noted that sexual activity improves cognitive function and promotes neurogenesis (the production of new neurons) through the suppression of chronic stress.

If you need another reason to have more sex, you’re welcome. 2. Surround yourself with 24-karat gold.

Every night, Dr. Yoshiko Nakamatsu, who patented more than 3,300 inventions including the floppy disk, would retire to his “Calm Room” — a bathroom tiled in 24-karat gold. He explained “The gold blocks out radio waves and television signals that are harmful to the imagination.”

He’s onto something. While the link between radio waves and cancer is still debated, the cognitive effects of overexposure are undeniable. You probably can’t surround yourself with 24-karat gold, but you can step away from the “smog” of radio waves we live in — computers, WI-fi, cell phones, Bluetooth headsets.

To boost your mental performance, give your mind a reprieve from the technological buzz by taking a walk in nature or meditating. Schedule daily time to mentally disconnect and recharge.

Being submerged in water of various temperatures for physical and mental benefits is an ancient practice. The Greek sage Hippocrates said that water therapy “allays lassitude” (physical or mental weakness).

When you take a cold shower or swim, the shock causes your blood to move to the core of your body and bathes your brain and vital organs in fresh blood.

Finish your showers with turning the temperature as cold as possible to give your brain an invigorating boost. If you’re brave, you can try an ice bath.

Thomas Edison had a rigorous interview process for any potential employees. Besides requiring they are well-versed in random subjects, Edison gave them “The Salt Test.” He’d invite them to have a bowl of soup, but anyone adding salt without first tasting the soup failed the test. Salting before tasting was a clear sign of making decisions based on unfounded assumptions.

Intelligent minds are critical minds. Never jump in without testing the water; or in this case, tasting the soup. Pythagoras, the ancient Greek philosopher and mathematician, would systematically starve himself for 40-day periods. He taught his disciples his strict water-only fast in the belief that it boosted mental perception and creativity.

Modern studies have shown that fasting increases your Brain-Derived Neurotrophic Factor (BDNF), which aids in memory functioning and can stimulate the growth of new brain cells. The acute stress caused by fasting also causes the brain to release endorphins, which leads to feelings of well-being and euphoria.

Two popular forms of fasting are: 1) Intermittent Fasting, also known as alternate day fasting. This is where you abstain from food every other day for a period of time. 2)  Calorie Restriction: consuming 30-40 percent fewer calories than usual each day for an extended period of time.

If you want to be as creative as Steve Jobs, start letting your tears flow. Jobs’ authorized biography reveals that he cried incessantly when he was frustrated and didn’t get his way, but also happy tears when he had experiences he described as “purity of spirit.”

Crying reduces stress. Tears remove stress-causing hormones and lowers your manganese levels, which regulates your mood. The emotional release of crying also leads to a mental balance; a sense of calm after the storm.

Rather than suppress the wave of emotions that trigger the tears, let them flow. The catharsis will lead to mental clarity.

Being a dropout doesn’t mean you despise education, rather, you have a thirst for knowledge that is hindered because your goals don’t align with your institution.

It’s a big risk to leave any commitment, not only college. Being a successful dropout means you’re constantly training your mind to look for patterns; to see the trajectory of multiple paths, and shifting to the one that aligns most with your goals. J.K. Rowling’s billion-dollar Harry Potter series came to her as she sat on a train; she was too embarrassed to ask anyone for a pen, so she just let her mind wander for hours. Instead of drawing premature conclusions on her characters, she gave her ideas time to marinate, develop and evolve.

She unknowingly engaged her mind in the creative stage called “incubation.” It’s when your unconscious mind synthesizes all the information you encountered through your conscious work. The mental detachment and “mindless wandering” allows all your knowledge to marinate, leading to the “light-bulb” moment.

Let your ideas develop before taking any major action or make any final decisions.

Thai is a perpetual student and teacher. He enjoys sharing everything he learns on The Utopian Life. How Intuitive Are You? Take Our Intuition Test Today And Find Out! 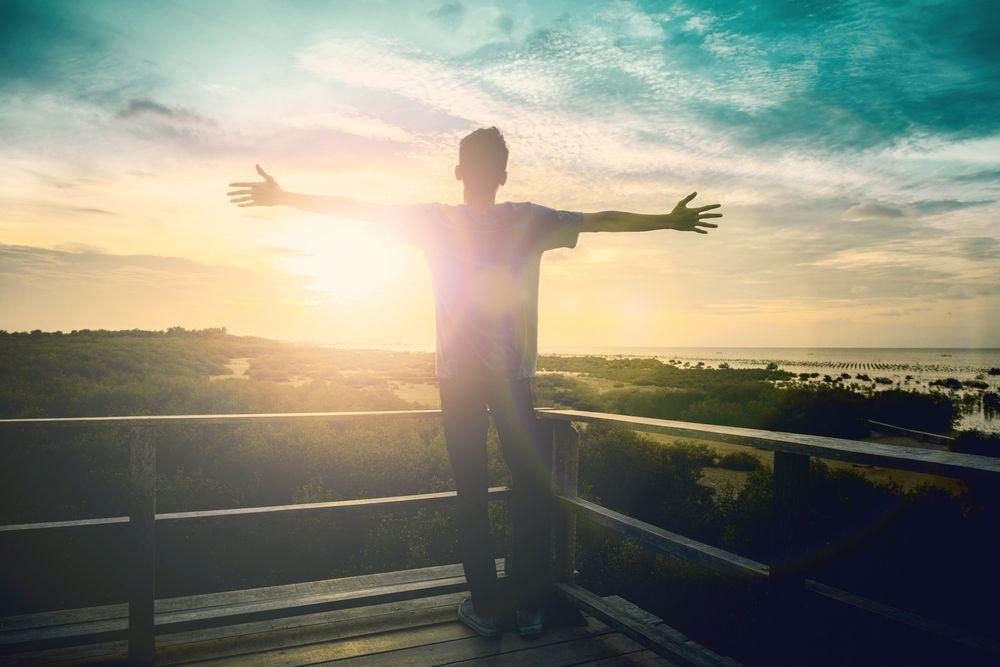 5 Reasons You Should Reconsider Having a 9-5 Job