7 Herbs and Foods That Boost Productivity

It’s not uncommon for people to want to achieve more in their professional life. As work life, in general, is becoming more and more fast-paced, people find it more challenging to keep up and excel professionally.

The classic “cup-o-tea” or “cup-o-joe” is a common part of Western workplace culture, yet there are other effective ways to get that kick in the morning. In addition to boosting productivity more effectively, some other herbs and foods are also very healthy. Let’s see exactly how these natural foods, herbs, and supplements can help you and your productivity.

Chocolate is one of the most consumed sweets on the planet, yet few people consume the raw element from which it is made. The seeds of the cocoa tree, or “Theobroma cacao,” are used to make cocoa powder, which is revered as “food of the gods”. That’s where the tree got its Theobroma scientific term: “theo” (God) and “broma” (food).

Raw cocoa has over 700 compounds, many of which have nutritional, medical and stimulating properties. Theobromine, caffeine, and phenethylamine are the main elements that account for the stimulating effects.

To experience the full effects, it’s recommended that you get raw cocoa powder rather than processed cocoa powder most commonly found in supermarkets.

Kratom, or Mitragyna speciosa as it is called, is a tropical tree from the coffee family native to Southeast Asia.

Kratom is known for its pain-relieving, sedating, mood-boosting and stimulating effects. Some Kratom strains are more stimulating than others. Stimulating strains increase alertness, motivation to “get started,” and focus to “keep going.”

Kratom is stronger than coffee and also produces a relaxing effect, favoring a creative and efficient workflow. You should go for Maeng Da, Thai (I got mine from Sacred) or White Vein strains if you want to use Kratom at work or as a study aid. I found it to be perfectly stimulating and soothing, so I could focus but not feel anxious.

L-Theanine and caffeine are one of the most popular combinations among productivity hackers, and the two are actually paired by nature in the form of green tea and black tea leaves.

Caffeine is a well-known stimulant that becomes increasingly energizing at higher doses at the expense of creating jittery effects and anxiety.

L-Theanine produces a feeling of sharp mental clarity at low doses and an obvious relaxing and mellow feeling at higher doses.

The two substances complement each other well and produce amplified and synergistic effects when taken together.

Panax Ginseng has been part of traditional Chinese medicine for thousands of years and has been gaining popularity in recent years due to its health benefits and stimulating effects on the mind and body.

Supplementing with Ginseng will boost your overall energy level in a way that is more relaxing than the energy boost experienced on caffeine. Ginseng also boosts the immune system and improves memory recall and retention.

Ashwagandha is a herb from the nightshade family, originating from India and traditionally used in Ayurvedic medicine to treat a variety of health issues including constipation, erectile dysfunction, and swelling.

Ashwagandha is also used as a tonic, which is why it’s commonly referred to as “Indian Ginseng”. Its calming, anxiolytic and mood-boosting effects make it ideal for productivity if you’re facing work-related stress or a creative rut.

Commonly known as Brahmi, Bacopa is used in Ayurvedic to treat various ailments such as indigestion, epilepsy, inflammations, gastroenteritis or anemia. It’s more commonly known in the Western world for its brain-boosting properties. Studies have shown that Bacopa significantly improves both memory retention and recall. Also, this herbal nootropic is very efficient at reducing anxiety and relieving stress.

Bacopa is great on its own but widely used in combination with other brain-boosting supplements. For optimum mental performance, it is best stacked with caffeine, ginseng, ginkgo biloba, cocoa or piracetam.

The Ginkgo tree is native to China and has been cultivated since early human history, many trees being more than 1000 years old.

Studies have shown that Ginkgo Biloba improves circulation and can even treat various illnesses related to poor blood flow. Users have reported an increase in mood, learning abilities and memory when taking Ginkgo supplements. Many use it to potentiate other nootropics such as ginseng, L-arginine or caffeine. The fact that Ginkgo biloba has stood the test of time for so many years guarantee its place as an effective general tonic and powerful nootropic.

The idea that modern diets improve your health is a myth.

When we go on diets, we expect to radically change our life. We want to feel healthier, happier, and fitter.

Unfortunately, that’s not what ends up happening most of the time: 95% of people who went on diet programs say it didn’t work for them.

The problem is, these people were duped into the diet myth.

The diet myth is the idea that to be healthy, you need to eat less, or focus only on a specific food group.

But those restrictions create problems of their own. They don’t address the real problem – the fact that we’re not getting all the nutrition our bodies really need.

If You Want To Develop True, Lasting Health, Then Join Eric Edmeades, The Creator Of WildFit, Mindvalley’s Most Successful Diet Program In This FREE Masterclass, Where You Will Learn:


✅ Uncover the true definition of the word ‘diet’. When you understand this simple fact you’ll realize why most diets don’t work and what you should do instead to reclaim your health and correct your weight.

✅ Discover the new health paradigm Vishen Lakhiani used to get slimmer, fitter and stronger in his 40s than he was at 27, in just 8 weeks — without changing his exercise routine or calorie restriction diets.

✅ The simple science behind why we eat what we eat, and a simple trick to curb your cravings and rewire your brain to eat healthy. 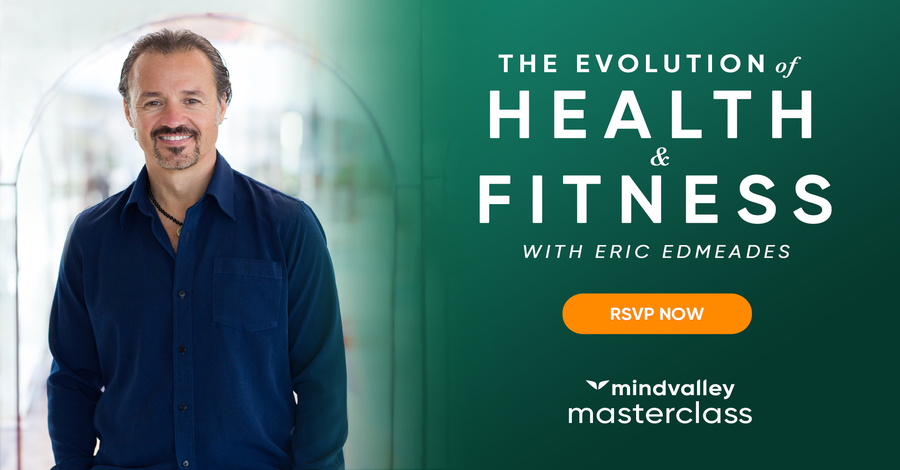 Adrian Carol Szasz is a musician and an editor at Nootrodelic, a blog about nootropics and other brain-boosting supplements. He regards every day as a challenge to become better and come closer to achieving his goals.